Palestine and Russia are discussing ways to develop bilateral relations 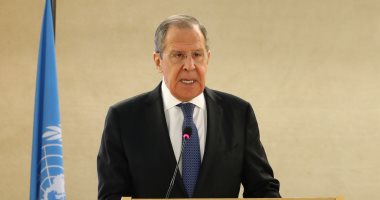 The Palestinian News Agency (WAFA) stated that - during the two separate meetings - ways to develop bilateral relations between the two countries were discussed, with a focus on implementing the agreements reached at the highest levels.

The Sheikh expressed Palestine's deep thanks to Moscow for providing assistance to overcome the emerging coronavirus (Covid-19) epidemic in the West Bank and Gaza Strip.

For its part, the Russian side expressed its welcome to the decree of President Mahmoud Abbas, which set the date for holding general elections in Palestine.

In this context, emphasis was placed on the necessity to agree on elections within the framework of national meetings, and it was emphasized that the success of the agreed democratic process would be a decisive factor in the context of efforts to restore national unity, on the basis of the political program of the Palestine Liberation Organization.

The Russian side reaffirmed its permanent readiness to support these efforts, and it was emphasized that the general agenda of the Palestinians is of key importance to create the necessary conditions for constructive Palestinian-Israeli negotiations with the aim of reaching a settlement of all final status issues, on the basis of international legitimacy decisions approved by the United Nations and the Security Council. In the first place, the principle of the two-state solution.

The key role of the Quartet, which includes Russia, the United States, the United Nations and the European Union, was emphasized as a unique mechanism approved by the Security Council to support the Palestinian-Israeli negotiation process.