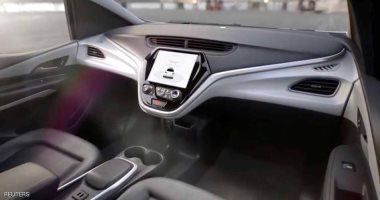 With the state’s announcement of the initiative to scrape old cars that are 20 years old, there are a number of economic returns to this file, most notably limiting gasoline consumption by up to 50%, which limits imports and then saves hard currency and controls the trade balance, as well as benefits Environmental, in addition to encouraging the auto industry in Egypt, and driving sales.

For his part, Hussein Mustafa, former executive director of the Automobile Manufacturers Association, said that the car file is one of the most important files presented now, and the car scrapping initiative is also related to the initiative to convert cars to natural gas, and the initiative to replace old cars that work on two axes, which is the operation of cars that are less than 20 years old with gas The natural and this is not a problem and the second axis is the cars that have exceeded the age of 20 years and here is the Al-Faras stall around which a lot of confusion is raised because the features so far are unclear, especially what is related to how these cars scrapped and left the market. On it the state.

And he continued, in special statements, that the initiative to convert cars to natural gas was originally supported by the increase in Egypt's production of gas as a result of the huge discoveries in this regard, which allowed Egypt to export, stop imports and direct the surplus to the domestic market to reduce dependence on gasoline due to its high cost and its negative effects. On the environment.

And he added: The shift towards reliance on natural gas will be less expensive than gasoline in the medium and long term, but in the short term, perhaps here we are talking about the costs of the transformation to gas, which has been allocated approximately 1.2 billion pounds so far. As for the car scrapping initiative, the government allows it to allow payment systems to reach Up to 10 years, which is the longest period that did not occur at an earlier time, and here the project results will appear years from now.