American pharmaceutical companies hope to use antibody treatments for Corona 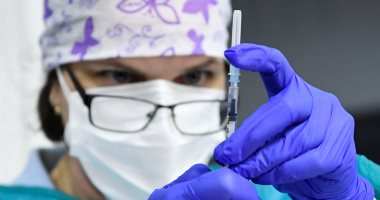 The makers of monoclonal antibody therapies plan to seek permission from the US Food and Drug Administration to use these therapies as a type of "negative vaccine" to protect people at risk of infection, after they have shown that they can help prevent severe coronavirus disease in people who are already infected.

According to a CNN report, treatments provided by Regeneron and Eli Lilly and Co are only permitted for use with non-hospitalized patients who are at risk of serious illness, but if they get approval from the Food and Drug Administration, the question remains open about how many people are They will use it.

The United States has been slow in rolling out Covid-19 vaccines, and for various reasons, the use of monoclonal antibodies has been slower, but companies are betting that Americans may be quicker to adopt these treatments that rely on laboratory-designed immune system proteins as prevention.

Monoclonal treatments have many advantages, as they work immediately, unlike the vaccine, which takes a few weeks to start working on it, and both American companies have issued additional details about the results of prevention trials, although they have not yet published the results.

In a phone call to shareholders, Lilly discussed what it described as a "wonderful" preventive experience it had conducted with nursing home patients and staff, and set up on-site injection centers in nursing homes that recently reported a Covid-19 case. The company has pumped 965 people who have tested positive. They are infected with the virus and 132 people have tested positive.

Half of the volunteers got the treatment, known as LY-CoV555, and the other group got a placebo, which does nothing.

After 8 weeks, trial results showed that residents and employees who received the treatment had an 80% lower risk of testing for Coronavirus compared to people in the same facility who received a placebo.

During the trial, 16 residents died, some of them were Corona patients, and 11 of those who died were among the group that received the placebo, compared to five who received antibody treatment.

Lilly Chief Science Officer, Dr. Daniel Skovronsky, said: “Treatment can play a critical role in transforming the course of this pandemic, believing it can help the country's most vulnerable populations.

And a study conducted in January found that nursing homes had high rates of infection and accounted for 40% of coronavirus-related deaths in the United States.

Antibody treatments may protect against infection at home

Regeneron, on the other hand, is testing its antibody treatment as a way to protect vulnerable people after someone in their home has tested positive.

One person given placebo died. There were no deaths or hospitalizations in the treated group.