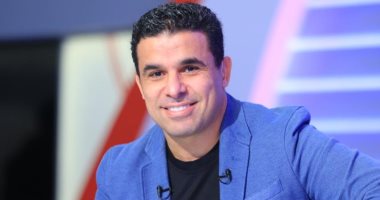 Journalist Khaled Al-Ghandour said that Zamalek refused to sell Mustafa Mohamed to the French club Saint-Etienne for $ 5 million, and agreed to loan the player to Galatasaray for $ 2 million, in order to preserve the principles of the White Castle.

Al-Ghandour revealed in the Zamalekawi program that he presents on the Zamalek channel that the club sacrificed millions of the French team, due to the statements they made in one of the programs, that there are those who asked for a percentage and commission from within Zamalek in exchange for facilitating the player’s transfer to Saint-Etienne, with the threat of disclosing the names if the deal failed. , What was the officials of the temporary committee but insisted on their position, and refused to move the player to the French League, in order to preserve the principles and values ​​in Zamalek. The former Zamalek star indicated that the club lost millions in order to preserve the principles, in exchange for the player not losing anything.

The committee in charge of managing Zamalek club, headed by Major General Imad Abdel Aziz Helmy, agreed to loan the player Mustafa Mohamed, the striker of the first football team of the club, to the Turkish Galata Saray team for a period of one and a half years, starting from today January 28 until the end of June 2022.

The French Saint-Etienne negotiations stopped after the tension between the Zamalek club and the president of the French club Roland Romier, with some officials in Zamalek requesting commissions from him to facilitate the deal, Mustafa Mohamed, and the French club apologized in an official statement about its president's statements, and confirmed that he never intended any official in the castle But he was referring to some agents and brokers who tried to enter into the deal, so that the French club eventually retreated from the deal after complicating matters between the two clubs, and Saint-Etienne was also trying to obtain the services of Jean-Claire Todibo, Barcelona defender loaned to Benfica by joining him during the winter transfer period.