Iranian, Russian, and Turkish statement on holding a meeting in Sochi between February 16 and 17 on Syria 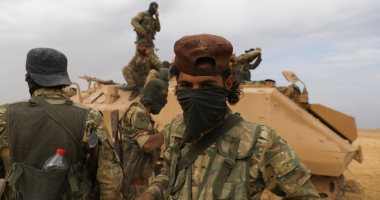 An Iranian-Russian-Turkish statement announced a meeting in the Russian city of Sochi between February 16 and 17 on the Syrian crisis, according to an urgent news broadcast by Al-Arabiya Al-Hadath channel a short while ago.

A joint Russian-Turkish-Iranian statement said: The Constitutional Committee in Geneva has an important role in advancing the political process.

On the other hand, the Syrian "SANA" agency confirmed that the American forces began to establish a new base for them in the Yaroubia region in the eastern countryside of Hasaka, explaining that logistical materials and military equipment had been brought to the base.

According to Russia Today, the American forces have brought 10 troop carriers to the city of Malikiyah in the far northeast of Hasakah, in preparation for their transfer to the countryside of Al-Yarubiyah, adjacent to the Iraqi border, where they began to establish a new military base near Tal Alu, northwest of Al-Yarubiyah.

These forces also brought road preparation machines and modified and brushed asphalt near the silos of Tal Alou, close to the Kharab al-Jeer base from which the American occupation forces take their helicopters.

The Syrian News Agency said that this is with the aim of strengthening its illegal presence in the Syrian Jazeera, in line with its plans to steal oil, the Syrian underground wealth and the main crops, and during the past few months the American forces have brought thousands of trucks loaded with weapons and military and logistical equipment to Hasaka to steal oil and other wealth and bounties. Country.