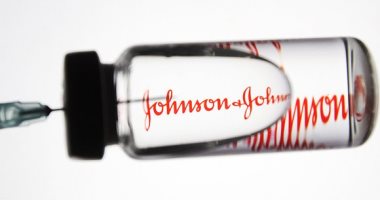 The British newspaper "Daily Mail" revealed that Johnson & Johnson will know whether the single-dose Corona virus vaccine works by next week, and it is expected that the US Food and Drug Administration "FDA" will approve its use in March, despite the number of The deaths in the United States exceed 425.00, after another 3,390 died within 24 hours, according to the British newspaper "Daily Mail".

Johnson & Johnson said it expects to announce the results of the third phase of trials for the single-dose Corona vaccine, as the vaccine is cheaper and easier to store than Pfizer and Moderna, which may speed up distribution and reduce the potential for damaging and wasting doses.

Regulators of the US Food and Drug Administration (FDA) are not expected to grant emergency approval until March. This comes amid painful slow rollout of vaccines in the United States, which saw only 6.2% of the population receive the vaccine.

Johnson & Johnson has pledged to deliver 100 million doses to the United States once the vaccine is approved, and it hopes that will be in March.

US officials emphasized that there is no national stockpile, although they are building up a dosing reserve of up to 2 or 3 days in the event of a manufacturing disruption.

Pfizer, Moderna and Pfizer have collectively agreed to send 200 million doses of vaccine by the end of March.

The United States is in talks with Pfizer, Moderna and Pfizer to obtain another 100 million doses of each this summer.

This comes with the death toll in the United States rising to 425,257, including 3,990 on Tuesday, more than 25 million Americans have been diagnosed with the Coronavirus since the start of the epidemic.

Johnson and Johnson announced that it is likely to publish the results of the third phase trials of a single-shot Corona virus vaccine next week, its vaccine is cheaper and easier to store and transport which, along with the fact that it requires only one dose, can help accelerate the launch of the slow American vaccine in a difficult way. Likewise, the 100 million doses that Johnson & Johnson pledged to the United States would increase US supplies by about 25%.

President Biden's Corona Response Team admitted that it will take months before everyone who wants a vaccine can get it, explaining that we will face unexpected problems, said the Acting Director of Medicare Centers.

Vaccinations began 5 weeks ago, but only 6.2% of the US population got their first dose of Pfizer or the Moderna vaccine, with two doses.