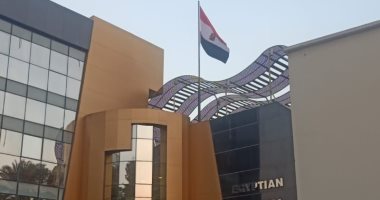 The Football Association spent an amount of 15 million pounds to support the clubs of the second and third sections during the last period, after the clubs demanded from Jabaliya to help them to overcome the current financial crisis due to the new Corona virus.

The tripartite committee for managing the Football Association sent letters to the clubs of the third and fourth sections indicating that the committee agreed to allow these clubs to consolidate their ranks and to register only amateur players in their lists until February 4, especially since the winter registration period ended last Sunday.

The letters sent to these clubs included their right to include amateur players only until February 4, and the same applies to women's futs and football clubs.

In a related development, the tripartite committee that manages the Football Association sent the amended statute by the decision of the general assembly to the administrative body, represented in the Ministry of Youth and Sports, to be published in the Official Gazette in preparation for its implementation before the next elections, as well as forming club associations for the new season.

The tripartite committee that manages the Football Association made 3 amendments to the new Jabaliya list before sending it to FIFA, after its approval by the General Assembly of Jabaliya, which was established last November, and before the departure of the previous five-year committee for the Jabaliya administration headed by Amr El Ganaini.

A source at the Football Association revealed that the tripartite committee had made 3 amendments to the list, the first with regard to the item "conscription" in the conditions for running for the upcoming elections, and the General Assembly had approved that the candidate for the upcoming elections had performed military service or was exempt from it, but the tripartite committee added The phrase "he performed military service or was completely exempt from it according to the law."