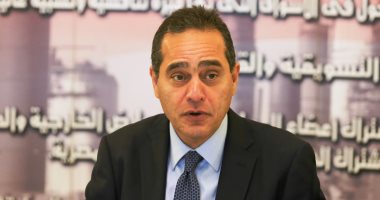 Khaled Abu Al-Makarem, Chairman of the Export Council for Chemical Industries and Fertilizers, called on all the exporting companies from the members of the Council to apply to the Ministry of Finance to implement the second phase of the immediate payment initiative during the period from February 7 to February 28, 2021, and that is whether the company advanced in the first phase of the initiative and paid part of its dues Or it has not been spent or the companies that did not progress in the first stage.

It was a meeting held yesterday between the Export Development Fund and the Ministry of Finance, during which it was announced that the second phase of the exporters immediate payment initiative is scheduled to start for the documents that have been fulfilled by the fund until January 31, 2021, where the applications will start receiving the same conditions that were made during the first phase of the initiative from February 7 to 28 The current February will be disbursed in 3 installments, the first before the end of February, the second before the end of April and the third before the end of June.

The original authorization from the company is directed to Ahmed Kujok - Deputy Minister of Finance for Financial Policies and Institutional Development, which has a valid signature from the bank and includes the following

That Mr. / (name is quadruple) and holds a national number card (fourteen numbers) on behalf of the company has been authorized to present to the Ministry of Finance the immediate payment initiative of 85% to support exports with a waiver of 15% of the rate of expedited payment.