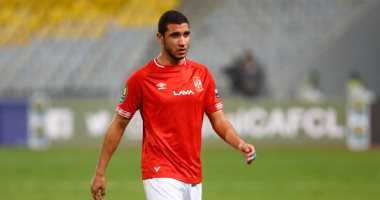 The media, Ahmed Schubert, confirmed that Rami Rabia, the defender of the Al-Ahly club, will not be on the list of Al-Ahly at the World Cup in Qatar, explaining that Musimani, the technical director of the team, welcomes the player's departure, but Rami Rabia rejects the idea of ​​loaning outside the walls of the Red Club.

Schubert said in his program on Ontime Sport 1 that Walid Suleiman, the Al-Ahly player, preferred to stay in Egypt for treatment and not travel to Doha to attend the World Cup, and that the player's stay in Egypt was better for him so that he could receive better treatment.

The media, Ahmed Schubert, revealed that the Al-Ahly club is not negotiating with Smouha to include Hossam Hassan, the striker of the team, in light of the large number of attackers in the team currently, explaining that he does not know anything about the statements of Faraj Amer, Smouha's president, about selling the player to an Egyptian club for 40 million pounds.

Schubert said in his program, On Stadium on the Ontime Sport 1 channel, that Zamalek may enter into negotiations with Smouha in the coming hours to join the player as a replacement for Mustafa Muhammad, who left the ranks of Galatasaray al-Turki.

Schubert referred to Zamalek's negotiations with Bassem Morsi, the production player, and said: "Pacheco, the coach of Zamalek, admires the player and wants to include him, while the Football Committee and Zamalek Management have not settled the matter, and there is currently a state of division over joining Basem Marsa."