A bill in Canada to ban offensive firearms 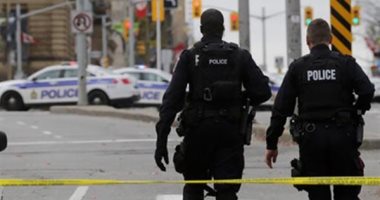 Canada introduced a series of offensive weapons control measures; Including a voluntary buy-back program for banned firearms and tougher penalties, against those caught smuggling prohibited weapons.

Prime Minister Justin Trudeau announced - during his press conference in Ottawa - that the draft "C21" bill that he submitted includes a number of new measures. Among them are the confiscation of weapons from violent persons and the suspension of their license to possess them. "We are not targeting law-abiding citizens who have guns to go hunting or sport," Trudeau said, adding that "the measures have one goal: to protect you, your family and your community."

After Gabriel Wortman, 51, killed 22 people while dressed as a police officer and driving a replica police car in Nova Scotia last April, the liberal Trudeau government banned the use, sale and import of military-grade "offensive weapons".

The bill, if passed, allows an application to the court to issue an order against a person who poses a danger to himself or others. These laws are used in cases of domestic violence and mental health anxiety, according to Canadian Public Safety Minister Bill Blair.