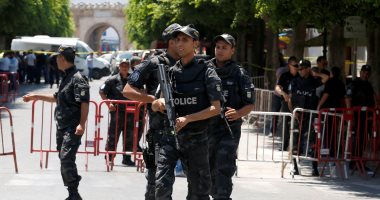 Today, Wednesday, the Tunisian Ministry of the Interior announced the arrest of 4 takfiris, and a one-year prison sentence was issued for each of them, as part of the Tunisian National Guard units in the various states of the republic to confront the phenomenon of terrorism and the arrest of terrorist elements, and the Tunisian Ministry of Interior said - according to a statement - The Search and Inspection Team of the National Guard in Gafsa managed to arrest a takfirist who issued a habeas corpus in favor of the Tunis Court of Appeal and sentenced him to 6 years imprisonment, and with the review of the Public Prosecution, it authorized their detention and taking the necessary legal measures in their regard.

On the other hand, a takfiri element that was active via encrypted electronic applications and intended to promote jihadist ideology was exposed and stopped. Upon his interrogation, he confessed to pledging allegiance to the so-called "ISIS" terrorist organization, and he was referred to the judiciary, where a ruling was issued for him to be placed in prison.