Algeria condemns a terrorist incident that killed 4 soldiers in Tunisia 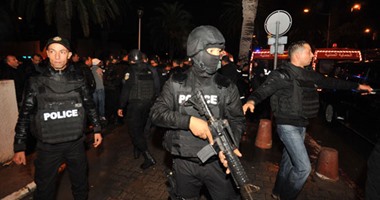 Algeria strongly condemned today, Wednesday, the terrorist incident that led to the death of four soldiers in Tunisia, and the Algerian Ministry of Foreign Affairs said today, Wednesday, “Algeria received with great sorrow the news of the martyrdom of four Tunisian soldiers, this day, following the explosion of a traditional-made mine, while performing their duty to pursue terrorist elements in the heights of Jabal Al-Maghila, between the states of Kasserine and Sidi Bouzid. "

The statement added, "As Algeria expresses its strong condemnation of this cowardly terrorist act, it offers sincere condolences and sympathy to the government and people of Tunisia and the families of the martyrs, as well as renews its standing and absolute solidarity with sister Tunisia in this painful circumstance, and its constant support for its efforts to eradicate the roots of this scourge that targets Its stability and security. "