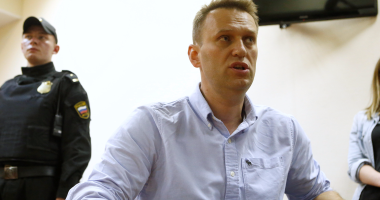 Judges at the European Court of Human Rights issued a ruling calling on Russia to release political opponent Alexei Navalny immediately. The court, based in Strasbourg, France, said on Wednesday that it had ruled on February 16, "demanding the government of Russia ... to release the plaintiff."

Russian Justice Minister Konstantin Chuichenko described the court's decision on Wednesday as an unprecedented interference in the work of Russian courts.

Russian news agencies quoted the minister as saying that the order of the European Court of Human Rights is impossible to implement because it has no basis in Russian law.