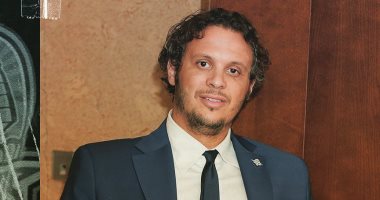 Eng. Mamdouh Eid, CEO of Pyramids Club, heads the soccer team’s mission during its presence in Cote d'Ivoire in preparation for the Racing Club match in the African Confederation Cup. African.

Mamdouh Eid is at the helm of the football team in Côte d'Ivoire, which leaves on a private plane, provided by the club's management for the mission to save time and effort.

The technical staff of the Pyramids club decided to exclude the Uruguayan international striker Diego Roland from the football team's trip to Cote d'Ivoire to face the Ivorian Racing Club in the African Confederation Cup.

The international striker felt some pain and symptoms, and underwent a negative medical smear, despite this the technical staff decided, after consulting with the medical staff, to exclude the player from the trip to preserve him and the players and the rest of the team despite the team’s need for the efforts of all players in light of the great absences in the team list .

The Uruguayan star scored two goals in the first two matches in which he participated in the Pyramids shirt since joining the team during the January transfers.

Argentine coach Rodolfo Aruabarina announced his list that is traveling to Cote d'Ivoire to face Racing Club Abidjan in the first leg of the 32nd round of the African Confederation Cup on February 14th, with the return match to be held in Cairo at the Air Defense Stadium on the 21st of the same the month.

Pyramids missed a large number of players between injuries and suspensions, as Ahmed El-Shennawy and Omar Jaber were excluded due to their infection with Corona virus, and Abdullah Al-Saeed, who had a torn anterior muscle, was excluded, in addition to the injury of Ahmed Al-Sheikh, Ahmed Fathi, and Ahmed Hammoudi, as was done Excluding Mahdi Suleiman, Abdullah Bakri, and the Ojwiani Diego Roland.