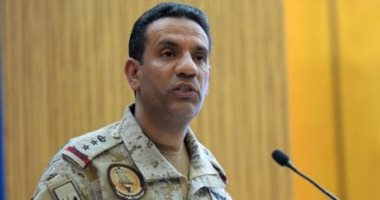 The official spokesman for the "Coalition to Support Legitimacy in Yemen", Brigadier General Turki Al-Maliki, announced that the joint coalition forces managed, at dawn today (Friday), to intercept and destroy a drone (booby trapped) launched by the terrorist Houthi militia in a systematic and deliberate manner to target civilian objects and civilians in the region. South, according to the Saudi Press Agency, "SPA".