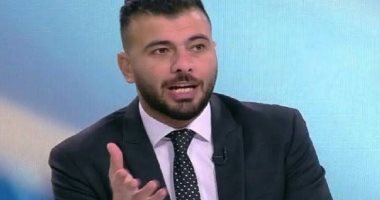 A state of relief prevailed inside Al-Ahly after the wonderful performance of the new Congolese striker Walter Bwalia in front of Al-Merrikh of Sudan in the match that was held on Tuesday at the Cairo International Stadium, in the opening of the Red Castle's tour in the group stage of the African Champions League, which crowned its title last season, and the performance of Waltra Bawalia was crowned with the goal His first with the Red Castle, and Al-Ahly stars were keen to support the new striker to continue the pace of scoring during the upcoming posts at the local and continental level.

Imad Mutab, the star and striker of Al-Ahly and the former Egyptian national team, expressed his support for the Congolese striker Walter Bwalia after scoring his first goal against Al-Mars in the African Champions League, and sent a message to him on his official account on the "Twitter" site, saying: "Well, Walter ... there is still a long way to go." Let's cut it. "

Al-Ahly striker Walter Bwalya commented on the great victory of the team against Al-Merrikh of Sudan, by 3 goals, in the match that brought them together at Cairo Stadium, within the framework of the first group stage matches in the African Champions League, and the Congolese wrote Bwalia through his account on Twitter "Praise be to God, and thanks to your support, I succeeded and finally scored my first goals with Al-Ahly."

The meeting witnessed the success of Congolese Walter Bwalia in scoring his first goals with Al-Ahly in his first African appearance with the team, as Walter Bwalya needed only 71 minutes to score his first African goal in the Al-Ahly shirt, the holder of the Champions League and the record holder in the number of times crowned the most expensive title on the continent With 9 titles.

Walter Bwalya became the first Congolese to score in the Al-Ahly shirt in general, and in the African Champions League in particular, to join Walter Bwalya to the historic list of Al-Ahly scorers in the African championships, led by Captain Mahmoud Al-Khatib, president of the current Al-Ahly club, with 37 goals.