Swab every 72 hours in the World Weapon Championship 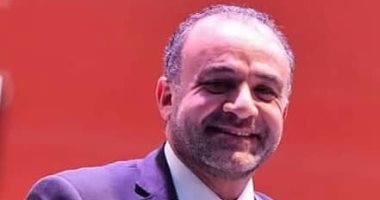 Abdel Moneim El-Husseiny, President of the Weapons Union, revealed that a medical swab was conducted to detect the emerging corona virus every 72 hours in the World Championship, which Egypt will host next April.

Al-Husseini said, in a statement to "The Seventh Day," that this system will be applied after the successful hosting of the World Handball Championship in January.

The tournament also witnesses the application of the medical bubble system, similar to the World Handball Championship that was organized in Egypt last month and achieved great success, and witnessed the global health praising the precautionary measures.

Al-Husseini said that the International Federation will start receiving entries from countries after two weeks, indicating that the tournament will witness the participation of about 1,000 players or more.

The head of the arms federation said before that there are more than 80 countries participating in the tournament, adding that there will be no audience, and the precautionary measures will be implemented.

The meeting dealt with all preparations for the World Weapon Championship during the period from 3 to 11 April, with the participation of more than 80 countries, and during the meeting Dr. Ashraf Sobhy confirmed that Egypt hosted the World Handball Championship for men, which is the largest global sports gathering since the Corona pandemic, which is the largest world championship As 32 teams from around the world participate in it.

The Minister of Youth and Sports indicated the success of the precautionary measures related to the Coronavirus, which are applied in the championship with strict measures without any defects, and is considered a model for the world in establishing sports tournaments that can be held in the future in light of the pandemic.

Ashraf Sobhy explained that all the equipment, including sports facilities, hotels and health and medical preparations for the teams and delegations participating in the World Weapon Championship, is fully prepared, stressing that the Egyptian state, led by President Abdel Fattah El-Sisi, is the largest supporter of sports and world championships held on the land of Egypt, and that the construction boom of the sports infrastructure The Egyptian one placed Egypt at the forefront of the world countries to hold international events, tournaments and events due to the international standards and requirements available at the highest level.