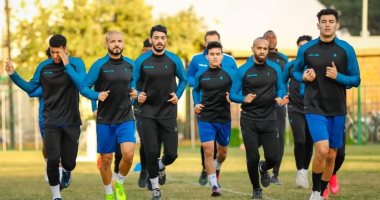 The Arab Contractors team, led by Imad Al-Nahhas, the technical director of the wolves of the mountain, will enter a closed camp today, Tuesday, in preparation for the Vanguards of the Army match to be held at the Military Sports Authority Stadium, within the competitions of the 11th round of the life of the General League competition, and the mountain wolves hope to reap three valuable points in order to improve Their position in the competition schedule, after the results were retreated during the beginning of the current season.

The Arab Contractors occupies the 11th place with 10 points in the general league table, which were reaped by the wolves of the mountain after playing 10 matches, where they won 3 meetings, tied in one match and defeated in 6 other matches, and the Mokawloon players scored 11 goals and their net conceded 15 other goals.

On the other hand, Mohamed Hamdi Zaki, the Arab Contractors games maker, is undergoing a qualification program in order to prepare him to participate with the team, after suffering a strain in the posterior muscle, which kept him away from his team's previous match against Enppi, which was held at Othman Ahmed Othman Stadium in Jabal Al Akhdar and ended in victory for the contractors Two goals against a goal.

The contractors had included 5 winter deals during last January, namely, Edo Moses, Mohamed Rizk, and Saviola, in addition to the return of Abdel Wahab Ismail from the loan, and the mountain wolves included one of the beginners of the Alexandria Union.

The technical staff of the contractors had studied the videos of the past Al-Jaysh matches, the last of which was the Al-Talaa 'and Al-Ahly Bank match, which ended with the victory of Al-Jaysh with a clean double, in order to determine the strengths and weaknesses of the Al-Talaa Al-Jaish team before the match Wednesday.